One of the first blogs I posted back in September was called “To Live And Ride With ALS.” My lofty goal was to answer the question what effect does ALS have on cycling and visa versa. In fact, that was initially one of the main points of the blog. I kind of got side tracked by life. When I look back at that original post, it’s hard not to see the inevitability of what happened. I was falling off my bike on wide open, flat roads with no obstacles. I thought I could overcome these things with mechanical modifications to the bike and prosthetics for my arm. Since we have been back I’ve gotten back into my regular routine of various doctors appointments. I went to see an orthopedic doctor a few weeks ago to see how my arm was healing. He was happy with how the x-ray looked. It showed new bone growth over the fracture so he just said to come back and see him in six weeks. And as we were leaving he added “and try not to fall.” Damn it I thought. Why couldn’t someone have told me that before the ride. 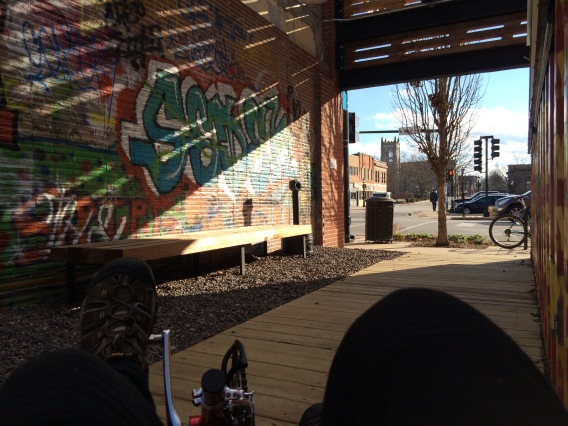 One of my favorite things about the trike is that when I come to a stop, there I am. I don’t have to clip out of the peddles, I just sit there. I can sit and drink my cappuccino or just watch the world go by or invariably both.  It’s the trike equivalent of idling (but without the greenhouse gas emissions). Got my first flat tire on the new trike. My first thought was to call Rae but then I thought well, what if this had happened while out in the country. I need to know if I can still change a flat. Fortunately the flat happened out by the Temple so I was able to pull the trike inside. My hands work better in the warm. I got the back wheel and the tire off by myself but was thwarted by the valve on the inner tube. I went to see if anyone in the office had a pair of pliers. The Rabbi and his wife (also a Rabbi) were both there and offered to help. Rabbi Jody got the tube off but then my pump wouldn’t work. So while Rabbi Alan went to their nearby home to get a pump from the garage, Rabbi Jody installed the tube and put the wheel back on. After Rabbi Alan returned with the pump he reinflated the tire and my trike was roadworthy again. I mention this incident solely because I’m fairly certain that at some point in the history of the universe a Talmudic scholar somewhere must have pondered the question: How many Rabbis does it take to change a trike tire? 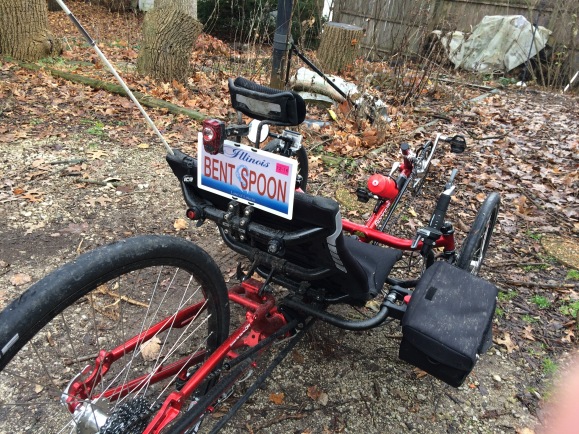 Before I continue I want to re emphasize that any advise I have to offer is based on a study group of one on the subject of a disease that affects everyone differently. With that in mind this is the sum of what I think I think I know about ALS and cycling. A higher level of fitness does not dictate the speed of progression of the disease. However, it does provide a cushion for whatever that speed is going to be. At least in the initial phase of things. After the accident I was fairly sedentary for a few weeks as we drove across country. I feel that I lost more ground in that short time than in the ten months prior. ALS does not respect physical fitness (not even remotely) but it does seem to prey on inactivity. That being said, I think that going gangbusters every day doesn’t help either. Just because you can ride a certain distance at a certain speed doesn’t mean you should. After exercise your body is going to need longer to reset. To maintain maximal ability for as long as possible you have to find a place that you can live with that is below your potential. That is going to be hard for someone who is used to pushing their limits. But you can either voluntarily relinquish the outer boundaries of your capability or they will be swiftly and mercilessly taken from you along with the midrange ability. 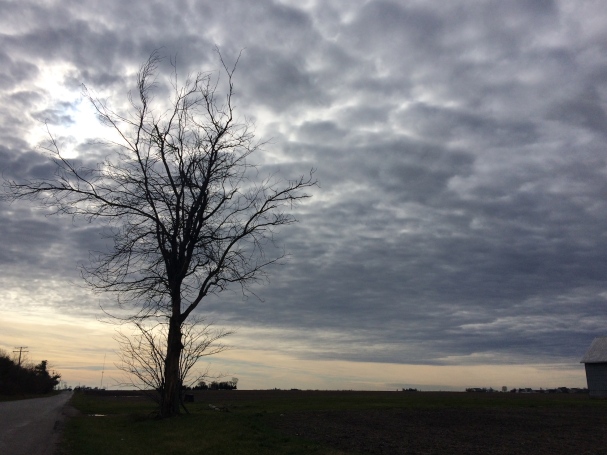 Now, let’s talk about cycling and the ALS symptoms that no one tells you about. Excessive salivation and yawning. Both can make for awkward moments socially but also present their own unique issues with cycling. Sometimes my body produces so much saliva I feel like I’m drowning in it. Out on the road what were once snotcicles have now become droolcicles. A healthy application of lip balm before each ride will help prevent your lower lip from cracking and falling off. Now on to the yawning issue. By excessive yawning I don’t mean quantity, although that is an issue, I mean yawning so intensely that it feels like your jaw is going to have to disconnect in order to accommodate the full course of the yawn. These are not yawns you can stifle, and come in groups of way too many. One moment a person is having an intelligent conversation with you and the next moment they’re staring at your esophagus. You try to reassure them “No, really. I find that all totally fascinaaaaaaaaaaawwwwwwwnnnnn.” After about the sixth time I think they have a hard time not taking it personally.  You’d think this wouldn’t be an issue out in the middle of nowhere on a bike. But it always seems to happen when I’m approaching a cloud of bugs. There I am happily enjoying the passing scenery and then suddenly I’m involuntarily doing my best impersonation of a humpback whale harvesting krill. 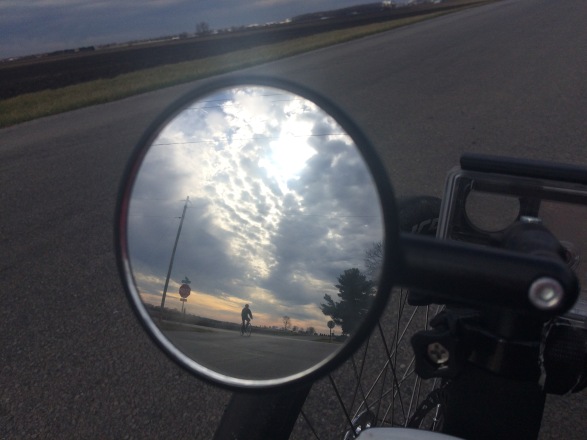 ALS has succeeded in doing something that no other force in the world has been able to do. It has made me a sociable rider. In general I can go several years without riding with a single other person, outside of organized races. Friends would occasionally ask if they could come for a ride with me. I was never sure if they were serious or just making conversation so I would pause, not knowing how to respond. Then Rae would save me and tell them “you wouldn’t be able to keep up.” Sometimes they would persist. “Oh, he’ll slow down for me, we’ve known one another forever.” Another pause until Rae would again save me, adding more bluntly “No he won’t.” 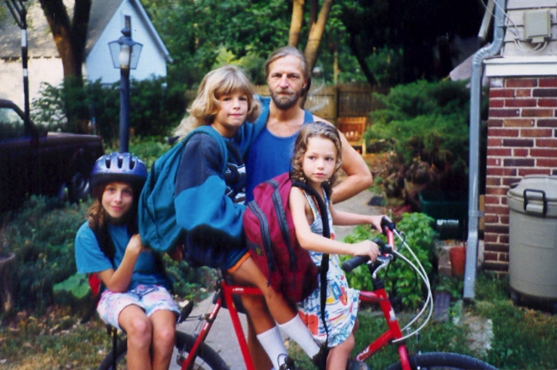 As you can imagine from the above photo we were the cycling safety people’s poster children. Until recently this was probably the last time I had ridden with Sophia. I would stand in the pedals and Manu would hold on to me as we rode. I have been told that I was seen riding around the neighborhood in the rain with all the kids, steering the bike with one hand and holding an umbrella with the other. I don’t recall doing this but lack the credibility to deny it. Then the other day, out of the blue, Sophia asks if she can come for a ride next time I go. I wasn’t sure if she actually wanted to ride or was put up to it by Rae to keep an eye on me. Either way, don’t ever say no to a kid who wants to ride with you. Don’t even hesitate. Not even for a nanosecond. And if you are lucky they might come with you again. 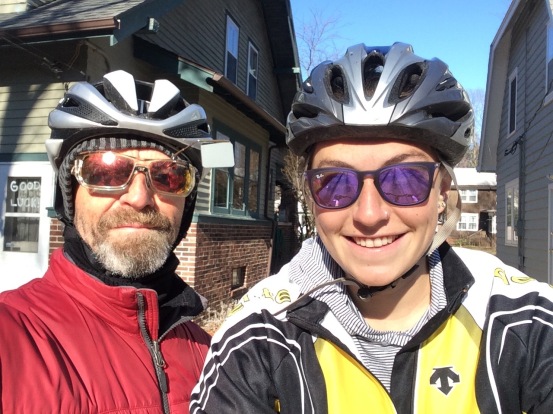 Many moons ago before Lisa could drive I was giving her boyfriend a lift home. They sat together in the back seat. Her boyfriend was on the high school wrestling team and was talking about all the things he had to do to maintain weight to compete in a category. He spoke highly of a person on the team who held the weight loss record for losing seven pounds in a week in order to compete in a certain class. Ever the weight conscious one Lisa seemed impressed by this. So I chimed in that I had once lost ten pounds in one day when I rode a solo double century. I thought Lisa would be impressed but instead, all she said was “You don’t count dad. You’re a freak.” 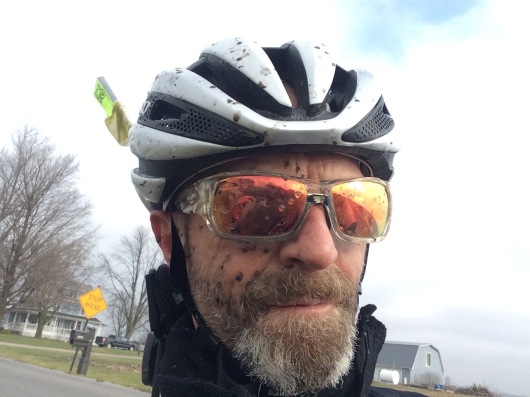 Over the winter I’m riding to maintain a certain baseline level of ability. Come Spring it takes five rides (30, 50, 40, 80 and 100 miles respectively) to work up to 100 miles and that’s where I stay for the rest of the year. Winter has been kind so far but the furthest I’ve ridden since our return is 50 miles and I’m becoming unsure how much, if at all, I’m going to be able to expand upon that come Spring. So the question is; what exactly am I training for? For the first time since I can remember I have no ridiculous summer rides planned. As I mentioned in a previous post, I keep a journal. One of my yearly rituals each New Year is to make predictions for the upcoming year. I have been looking back at them over the last ten years or so and am suprised by their quaint naiveté. Most of the time my predictions were way off the mark. Even with things that seemed fairly inevitable at the time. The future is like that. That’s why they call it the future. Now looking into the future is like looking through binoculars and adjusting the focus. The further down the road we get, the more into focus what lies ahead is becoming. The jury is still out as to whether that’s better than quaint naiveté.

Did I say I have no ridiculous summer rides planned? Ok, so anyone who knows me well enough will know that’s not totally true. There are certain things I would like to do and will plan to do until my body notifies me otherwise. Generally that takes about three or four memos (and a concussion) for me to pay attention. My respiratory capacity is significantly diminished. At first I just attributed it to the accident, broken ribs, partially collapsed lung, etc. But while those things have resolved, my lung capacity does not appear to have recovered from the effects of diminished use. So if anything, I’m riding to breathe. To fill every reachable alveola with O2 that my weakening diaphragm and intercostal muscles will allow. I used to be fond of saying that I live to ride. Now I ride to live.